As we at Rank the Vote Oklahoma look forward to celebrating our one-year birthday this summer, we wanted a regular way to share exciting news, background on Oklahoma’s election process, thought-provoking perspectives, facts and figures, and all that delicious voting-nerd content we know you crave.

But for this first post, let’s keep things simple, and start by asking:

What Is RCV, and Why Does Oklahoma Need It?

Ranked-choice voting is a different way of designing ballots that lets you, the voter, mark your 1st choice—as usual—but also gives you the power, if you want, to indicate your 2nd choice, 3rd choice, and so on.

Here’s an idea of what an RCV ballot would look like:

This voter is marking Abraham Lincoln as her 1st choice, John Adams as her 2nd choice, and Thomas Jefferson as her 3rd choice (well, technically she’s marking Adams and Jefferson as her “2st” and “3st” choice!). She would then have the option of marking either George Washington or a write-in as her 4th/4st choice—or of stopping right there. With RCV, you can rank several candidates, or just a couple, or just your #1 choice—it’s up to you.

To understand what makes RCV so much better, let’s first do a little...

Oklahoma has two main stages in the election process for state and federal offices.

The first stage is primary elections, ones where voters from each party choose their nominee. In Oklahoma, the registered political parties that hold primaries are (in alphabetical order) the Democrats, Libertarians, and Republicans. Different voters get different ballots, depending on which party they belong to (Democrats also allow unaffiliated voters to vote in their primary election). Oklahoma’s primary elections use a top-two runoff system: If there is no outright majority winner, then the top two candidates advance to a head-to-head runoff that takes place a couple months later.

Candidates who win their party primary face off against each other in the second kind of election, the November general election. This time around, every voter’s ballot features the same candidates, the party primary winners—and possibly independent candidates, too. Unlike primary elections, Oklahoma’s general elections don’t have runoffs—whoever gets the most votes is elected, even if they got less than 50% support. This way of voting is often called the plurality system, where “plurality” refers to the option/candidate that gets the most votes, whether or not it’s a majority.

The Problems with Plurality

The mere possibility of vote-splitting leaves you, dear voter, in a bind. Do you vote for your real favorite—Candidate A—or do you mark Candidate B, who you are guessing has a better chance of winning, but is only sort-of okay on their policy stances (though nowhere near as bad as Candidate C....). It forces you to try to read other voters’ minds. It discourages strong independent candidates and third-party candidates from even running, artificially limiting the options available to voters. And finally, politicians and parties sometimes actively promote vote-splitting in order to increase their odds of winning, a cynical run-around of the usual work of civic persuasion and honest campaigning. 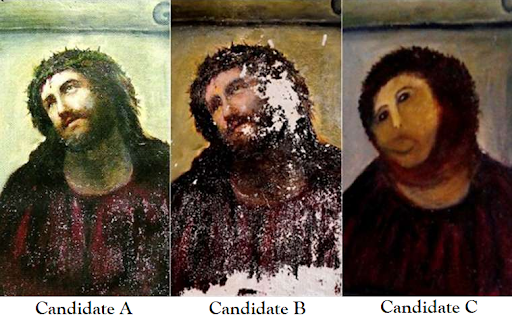 The problems with plurality voting are lessened (but not eliminated!) by the use of runoff elections—which is probably why Oklahoma uses runoff elections in its primaries, at least. I like to call Oklahoma’s current primary runoff system a delayed-runoff system. First, you have to show up to vote in your primary on Primary Election Day, and then—two months later—you have to show up again for a separate, unnecessary, Primary Election Day 2.0. Voter turnout reliably drops about 30% in runoff elections, which only exacerbates Oklahoma’s rock-bottom turnout rates: our state ranked dead last in voter turnout for the 2020 general election.

Now consider ranked-choice voting, sometimes called instant-runoff voting. Which is just how it works: In each round of RCV vote-counting, the least-popular candidate is instantly eliminated, and everyone else advances to the next (simulated) runoff round. Voters who had favored the eliminated candidate as their first choice have their votes automatically shifted to their next-in-line choice. Lather, rinse, repeat, until there’s only one person left—we have a winner! With the current system, we get yet another election, with all the taxpayer expense and voter fatigue that entails. With RCV, we’re done in one fell swoop. Same-day delivery for runoff elections!

There’s More Than One Way to Skin a Voting System

You’ll sometimes hear knee-jerk reform opponents say, “Why do we need a different voting system, when the one we have works just fine?” One answer is that it hasn’t always worked “just fine” here in Oklahoma. But a second answer is this: Which system has worked fine? Is it the primary system, with delayed top-two runoffs? Or the general election system, based on plurality voting?

When you realize that we’re already using two rather different voting systems right here in the Sooner State (each with major drawbacks!), you start to recognize that there isn’t just one possible way to set things up. We’ve also changed how we vote in the past, with good reason. We can do it again. And by making this little change now—by simply empowering voters to mark who they’d vote for in a runoff if their favorite choice doesn’t make the cut—we can save money and improve our representative democracy, making government more efficient and more accountable to the voters it’s meant to serve. It’s time for ranked-choice voting in Oklahoma.